Concepts of Arthur: the nature of the early Arthurian legend 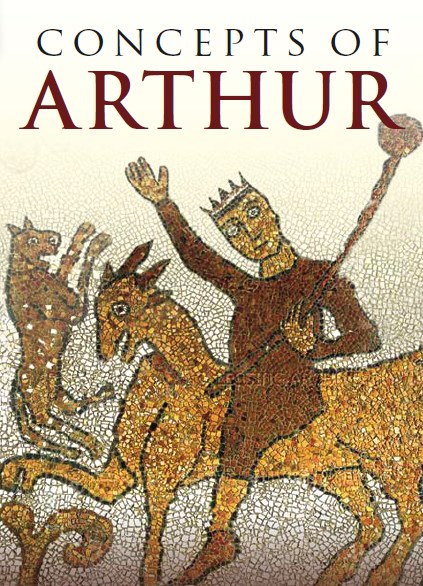 Concepts of Arthur offers a detailed study of the origins, nature and development of the early Arthurian legend, presenting a comprehensive overview of recent scholarship. By virtue of adopting a methodology that examines and makes use of all of the available evidence—including early folklore, poetry, prose tales, chronicles, histories and saints' lives—Concepts of Arthur provides an exhaustive guide to the early Arthurian legend, its characters and its significance. It is argued that a thorough consideration of all of this material indicates that Arthur is best understood as an originally folkloric or mythical figure who was historicized in the ninth century.

For further details, reviews, links to Amazon for purchasing, and reviews, see my main academic website.

A selection of reviews of Concepts of Arthur:

“Concepts of Arthur provides an exhaustive examination of the entire pre-Galfridian Arthurian corpus... Green painstakingly examines previous scholarly debate for or against Arthur's historicity, vigorously challenging the supposed historical value of all pre-Galfridian Arthurian references... valuable to anyone studying the Arthurian legend for its very vigorous and comprehensive discussion of all previous scholarship on the historicity of Arthur and for the painstakingly detailed and imaginative exploration of the early folkloric and legendary concept of Arthur, especially in sources such as Preideu Annwfyn and Pa gur yv y porthaur?” (Speculum: the Journal of the Medieval Academy of America, 2009)

“In this thorough re-evaluation, and with impeccable command of sources and scholarship, Green situates Arthur in the realm of folklore... the goal here is to ‘question the fundamental assumptions’ underlying ‘most theories of historical Arthur’. Indeed, Green delivers this in seven chapters, copious notes, and a comprehensive bibliography... this monograph [is] a welcome addition to a twenty-first-century academic flurry” (Folklore: the Journal of the Folklore Society, 2009)

“There have to be pressing reasons for the enthusiast to add yet another Arthurian title to their groaning bookshelves, but I think this one has them in spades. It follows the growing scholarly trend to treat the idea of an historical Arthur seriously, even if it means ultimately demolishing the case for a real Arthur... Green persuasively argues that there never was such a prototype historical figure” (Northern Earth)