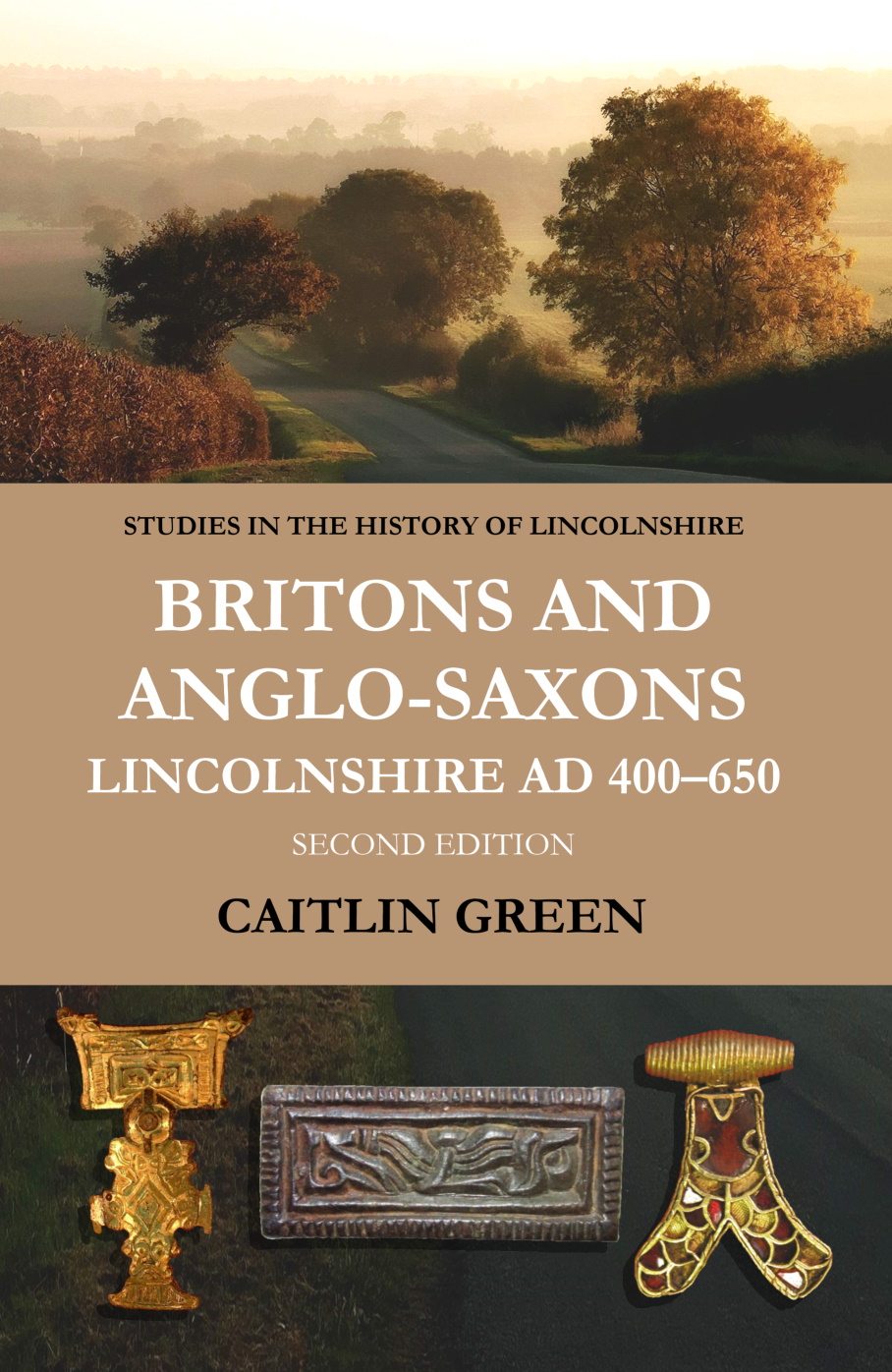 Britons and Anglo-Saxons was first issued in 2012 and represents the published version of my Oxford DPhil thesis. It offers an interdisciplinary approach to the history of the Lincoln region in the post-Roman period, drawing together a wide range of sources. In particular, it indicates that a British polity named *Lindēs was based at Lincoln into the sixth century, and that the seventh-century Anglo-Saxon kingdom of Lindsey (Lindissi) had an intimate connection to this British political unit. The picture that emerges is also of importance nationally, helping to answer key questions regarding the nature and extent of Anglian-British interaction and the origins of Anglo-Saxon kingdoms.

This new second edition of Britons and Anglo-Saxons includes a brand new, 52-page introduction discussing recent research into the late and post-Roman Lincoln region, consisting of sections on 'Romano-British pottery in the fifth- to sixth-century Lincoln region', 'Archaeology and the British ‘country of *Lindēs’', 'Place-names and history in early Anglo-Saxon Lincolnshire', and 'Territories, central clusters and persistent places in the pre-Viking Lincolnshire landscape'.

Britons and Anglo-Saxons is the third volume in the Studies in the History of Lincolnshire, a peer-reviewed academic project published by the History of Lincolnshire Committee (established 1966). Click here to buy the paperback from Lulu and here to buy the PDF ebook. Alternatively, the paperback of Britons and Anglo-Saxons can also be purchased from Amazon.co.uk or Amazon.com.

A selection of reviews of Britons and Anglo-Saxons:


“Britons and Anglo-Saxons is an impressively interdisciplinary book that combines linguistic, historical, literary, and archaeological evidence into a coherent narrative for the post-Roman fate of Lincolnshire... [the] central contention that “the Britons based at Lincoln in the fifth and sixth centuries left a political, administrative, cultural, and even potentially a symbolic, legacy for succeeding centuries” (153) is amply borne out by [the] thorough interdisciplinary methodology, and [Green's] findings are sure to have an impact on the wider historiography of early-medieval British history... a major accomplishment by a promising young scholar...”  (Speculum: the Journal of the Medieval Academy of America, 2013)

“This book, based on the author’s doctoral thesis, explores the relationships between British and Anglo-Saxon populations in post-Roman Britain and the formation of kingdoms, using Lincolnshire as a case study... As an exploration of the aftermath of Roman Britain, the relationships between native populations and immigrant communities, and the mechanisms behind the development of subsequent administrative units, this book makes for a very thought-provoking read... It is a welcome addition to our understanding of the early centuries of post-Roman Britain.” (Medieval Archaeology, 2013)

“This book should recommend itself to the introductory reading lists of history and archaeology students but will also serve the general reader well... This study draws upon the combined application of history, archaeology, place-names, and early literature to reconstruct its narrative —approaches that one would wish to see duplicated across the country... This book not only provides a narrative for Lincolnshire but also reinforces the potential value of similar approaches elsewhere in Britain while at the same time offering a compelling introduction to the challenges of studying this period of Britain’s past.” (Midland History, 2013)

“[F]ully engaged with up-to-date scholarship and operating assuredly across all relevant disciplines... Not only does it offer a sophisticated study of Dark-Age Lincolnshire but it also makes an important contribution to wider debates about the ending of Roman Britain and the beginnings of Anglo-Saxon England... This inter-disciplinary exploration of *Lindes offers a new standard for regional work. It also provides a model capable of explaining how Roman Britain transmuted into Anglo-Saxon England... this book makes an important contribution to the central historical debates and will provide an important point of reference as to how we model the British/Anglo-Saxon interface for the next generation.” (N. J. Higham, Lincolnshire History & Archaeology, 2015)